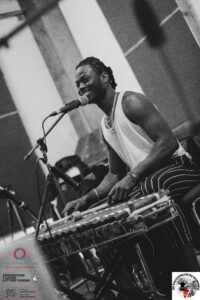 Mandingue Horizons #2 was our first directly Arts Council of Wales funded project as an organisation. It brought together Wales-based African artists with Welsh language artists to create new compositions for new audiences during an intense week of work at MusicBox studios in Cardiff during February 2020. The artists were truly diverse, including a Guinean balafon player, a Cameroonian bassist, a Cardiffian saxophonist, an American rock drummer, a Bristolian trumpeter, plus two guitarists, a keyboardist, and a vocalist hailing from the Welsh-speaking heartlands of Gwynedd. The work was simultaneously local and international, celebrating diversity with universal appeal, without compromising authenticity or quality.  This project was also very much a launchpad for The Successors of the Mandingue as a new ambitious professional arts organisation for creative artists in Wales that is eager to grow and develop.

The project was an R&D undertaking (building on the work of Mandingue Horizons #1) in order to develop an Afro-Welsh fusion set drawing on N’famady Kouyaté’s traditional West African Mandingue inspired material and then experimenting with modern western instrumentation and musical genres to create a unique new sound. 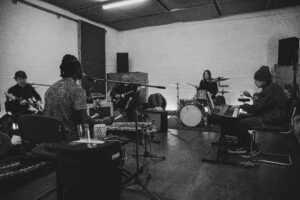 N’famady worked with Gruff Rhys’ full Pang! tour band (with whom he’d supported on tour during Autumn-Winter 2019/20) plus additional musicians to explore this work. The creative process was captured on film and in photographs for documentary and marketing purposes, with the view to performing the work during Summer 2020.

COVID-19 restrictions limited the opportunities to present this work, however we were able to bring some of the project participants together for an outdoor, socially distanced, pop-up event on The Senedd steps in Cardiff Bay in September 2020 as part of a collaboration with Butetown Carnival and The Wales Millennium Centre. 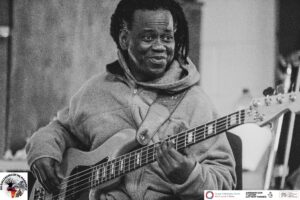 Mandingue Horizons#2 was an exemplar in terms of cross-cultural collaboration and integration. It was experimental and innovative in its exploration of musical fusions. It introduced new (and at the same time ancient) musical expressions, drawing on a diverse group of individuals from different traditions, to facilitate cultural and inter-generational sharing through a universal medium of music. 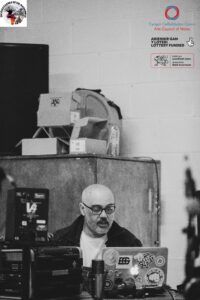 This is how Kris Jenkins described the creative output of the week:

“It’s quite a hybrid of things, I don’t think it’s as easy to call it.. modern-trad anymore…just by virtue of the musicians involved with it…everyone’s bringing something completely different to it… it’s still obviously a balafon piece… just different angles in it now… I don’t think people are too engaged in trying to pigeon-hole anymore… but it’s got something… not a lot of it out there, you know…. There’s a big like push for African music at the moment…Sudan Archives, bands like that, who are mixing real modern ideas…and that’s all happening… but this is quite interesting because it’s happening over here… that whole hybrid idea is taking form in South Wales… which is nice.”